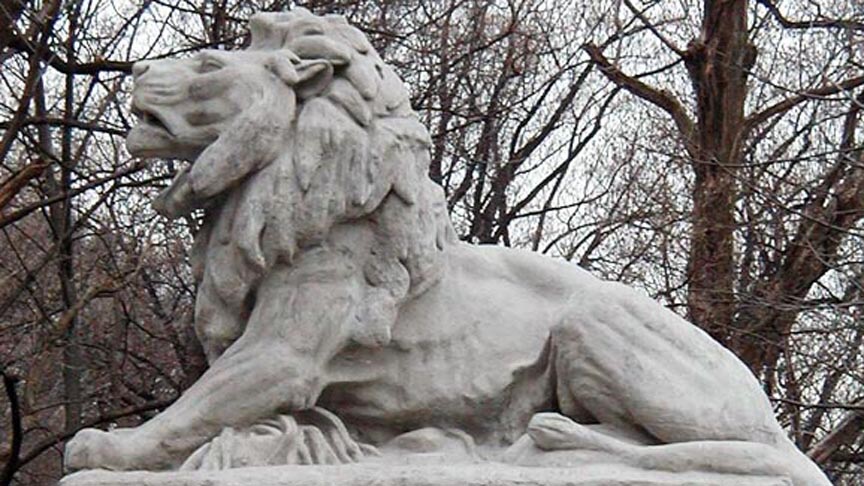 The William H. Taft Memorial Bridge, on Connecticut Avenue in Washington, DC, was guarded by four majestic lion statues sculpted by Roland Hinton Perry and cast in concrete to celebrate the bridge construction.

The original lions became lost under layers of repairs and the District of Columbia elected to have new lions to replace the originals.

Working with the Fine Arts Commission and the Historic Preservation Society, Reinaldo (Professional Restoration's master sculptor) studied photos of the original lions and other pieces created by Perry. One-third scale maquettes of the lions were made adding the details that had been lost to deterioration. Full-size (12 feet long) molds were made and four new lions were cast made of engineered high-strength concrete which contained all stainless steel reinforcing.

Installation of two lions occurred in July and the remaining two were restored to their place in August, 2000. The residents of Woodley Park, who had been missing their lions since their removal in 1993, celebrated by naming one lion "Roland" after the original artist. Another lion was named "Reinaldo" for the artist who had restored the statue's original majesty and beauty.