Betting It All On The Rocks 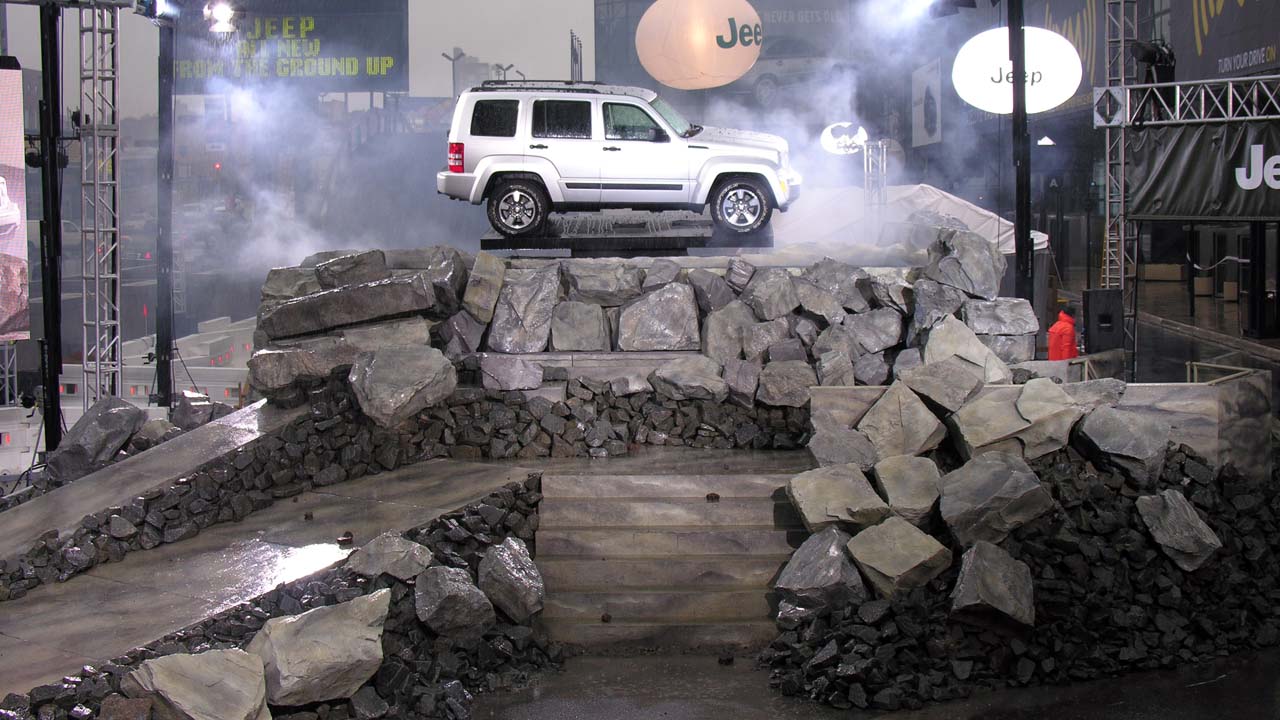 Employing the right materials to meet an impossible deadline. The stakes are always high at The New York International Auto Show which takes place in Manhattan every year and draws millions of visitors from around the world. Automakers must impress with their latest designs and create a "buzz" or else.

For the 2007 show, Beyond Design, Inc. and PRG Scenic Technologies collaborated on a project to launch the new 2008 Jeep Liberty and, as usual, the deadline was "impossible"....months of work had to be done in weeks.

The Theme Strategy: To dramatize the launch of the re-designed model, it was decided that having the Jeep rise into a "rock scape" environment would help convey the rugged durability of the vehicle. The set design requirement meant that over 200 lightweight, realistic looking rocks would have to be created, transported to Manhattan, assembled as a display and then taken away after the event. With the show just weeks away, Bill Klopping (President of Beyond Design) knew that there wasn't time to employ conventional mold making and casting techniques. He drew on his years of theming experience and decided on a spray system that would allow him to make production rubber molds and castings quickly.

Deadline Met For A Media Event! Chrysler invested hundreds of thousand of dollars to make this single media event a reality. A Chrysler spokesman praised Beyond Design and Scenic Technologies, saying that "without the rugged terrain back drop, the launch of the Jeep would not have had nearly the impact that it did. These guys were amazing"