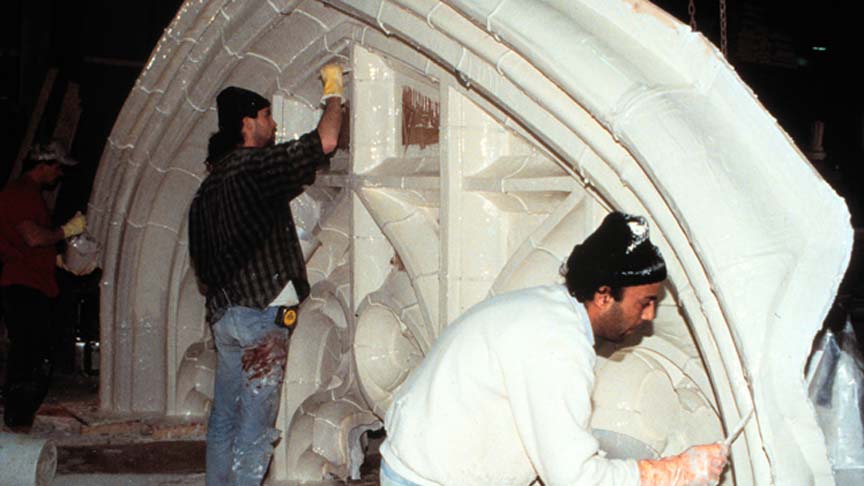 Built in 1907, Shepard Hall has been the long-standing symbol of City College of New York overlooking Harlem in Manhattan’s northwest end. Architect George Browne Post's neo-gothic design was very bold, but ultimately doomed to structural decay. Rather than creating stone veneer over a reinforced structure, most of the elaborate glazed terra-cotta façades were built as load bearing. The terra-cotta was simply too weak to resist decades of exposure to the elements. Eventually the façades began to crack and crumble, allowing rainwater to further damage the structure. By 1988 the entire building was in serious danger of collapse. It was then that the Dormitory Authority of the State of New York stepped in to save the landmark.

MJM Studios was contracted as part of the $4 million restoration of Shepard Hall. Their expertise in restoration work employing glass fiber reinforced concrete (GFRC) made them uniquely qualified to take on such a massive project. Smooth-On users MJM used Brush-On urethane rubber to make molds of the massive stained glass arches that adorn the main hall, among many other elements.Brush-On® 40 picked up perfect detail from the arches and could be used multiple times to cast duplicate GFRC elements. The cast façades were then separately bolted to steel channels, allowing for natural thermal movement and easy replacement of individual units in the future, if necessary.