(Not all sizes may be available online) 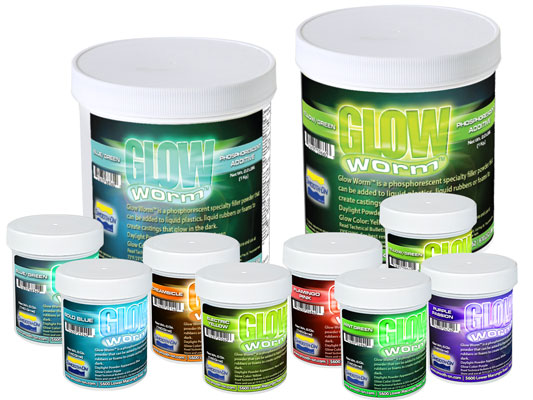 Glow Worm™ phosphorescent powders can be added to Smooth-On liquid plastics, rubbers and foams to create castings that glow in the dark after being charged with light.

Glow Worm™ powders are available in the following colors:

Lower Your Cost Per Casting - Glow Worm Powders are Expensive: Mix small amounts as directed above and brush layers into a mold to coat the mold cavity (known as a face coat or gel coat).

The glow effect will be the same vs. a solid casting and material cost will be greatly reduced.

Guarding Against Moisture – All powders will absorb atmospheric moisture over time which will react with urethane resins. If you notice a moisture reaction between resin and powder or suspect that your Glow Worm™ powder contains moisture, you can remedy by spreading powder evenly over a metal cookie sheet at ¼” (0.6 cm) thickness and bake in oven for 4 hours at 150° F/60° C. Allow to cool before mixing powder with resin. Store powder in a tightly closed container in a cool, dry environment with a desiccant pouch (available at your local hobby/arts and crafts store). Replace used desiccant pouches every other time you open container.

Glow Worm™ Powders are up to 50% brighter than the competition. 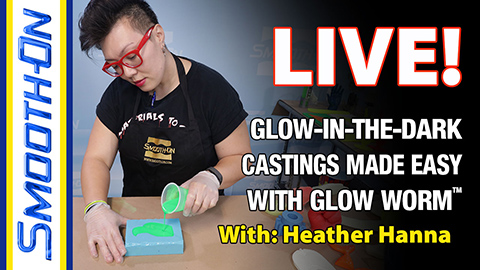 How To Use Glow Worm™ Powders With Resin, Rubber, Foam and More

How To Make a Glow In The Dark Wooden Clock 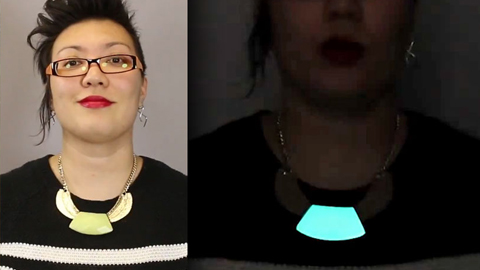 How To Make a Glow In The Dark Resin Jewelry Necklace

We show how you can combine Glow Worm® powder with resin to create an amazing glowing pendant.

How to best use Glow Worm phosphorescent powder to create a resin casting which will glow in the dark for up to 10 hours.

Create an amazing glow effect in a real wood shelf